Her grandfather being a violonist, her mother a violist, her father a trombonist, her sister a cellist, Primor Sluchin could hardly escape a musical destiny. At the age of 8, she chooses the harp, an unheard of instrument in the family. Two years later – being only 10 years old – she creates the Sluchin duo with Naaman Sluchin, her violinist brother. Their collaboration is still ongoing today. A precocious artist, Primor Sluchin received the blessing of several good fairies of the harp. With Annie Fontaine she discovers the instrument, tames it, and reaches such mastery of it that in 1997 she joins Isabelle Moretti’s class at the CNSM of Paris. Four years of study geared towards excellence will follow, crowned by a first prize awarded unanimously. In 2001, Primor Sluchin completes her advanced training with another great harpist, Marielle Nordmann. She is then ready to join one of the world’s greatest musical groups, the Berlin Philharmonic Orchestra. She does so in 2002 by being awarded the prestigious Karajan scholarship. At the side of first harp Marie-Pierre Langlamet she broadens her musical culture, plays in the greatest halls and acquires priceless experience of the orchestra trade under conductor Sir Simon Rattle. Thus will she discover the Salzbourg Festival and play under renowned guest conductors like Pierre Boulez, Bernard Haitink or Mariss Jansons. In 2003, returning from Berlin, Primor Sluchin’s career takes a turn. She joins the Opéra Royal de Wallonie (ORW) as a solo harpist. She discovers the trade of the opera musician for the first time. She begins this new experience with Wagner’s huge Ring Cycle, under Jean-Louis Grinda, then goes deeper into the whole of the lyric repertoire, ranging from Verdi to Puccini to Debussy. On several occasions, she played solo with the ORW choir in shows she started. Regularly, Primor Sluchin comes back to her symphonic first love. In 2010, she plays with the Orchestre National d’Ile de France under conductor Yoel Levi. The same year, she takes part in the Agora festival of contemporary music with the Radio France Philharmonic Orchestra. Recently, she played with the Belgian National Orchestra, the Brussels Philharmonic, the Luxembourg Philharmonic Orchestra and the Nuove Musiche Orchestra. As of today, her most prolific partnership is the Nefeli duo, created in 2008 with harpist Agnès Peytour. This rare and appreciated harp duo regularly plays in Belgium (Palais des Beaux Arts de Bruxelles, de Liège, de Charleroi) and in France (Musicales Guil Durance 2011, Lille). It brings back a rich, sparkling and often spectacular repertoire. Primor Sluchin also started two other partnerships: the Alma Lyra duo with soprano Sabine Conzen and a violin and harp duo with Nathalie Huby. Teaching since 2008 at the Académie de Waremme near Liège, Primor Sluchin works diligently to promote the harp in Belgium. She joins the Jeunesses Musicales in 2010 and the same year starts a noteworthy endeavor: the Harpegio project, under the namesake association. With harpists Agnès Peytrour and Vinciane Degroote, She organizes in Brussels the first harp competition dedicated to belgian young talents. The event is acclaimed by dozens of pupils and their teachers. It is now happening every two years, alternating with a Master Class, under the Musée des Instruments de Musique. It is seen as a springboard for developing harpists. 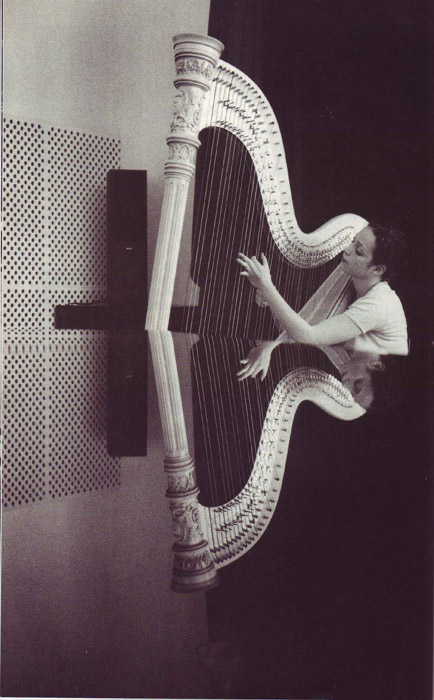